Each day this week we will be sharing books about girls and women who play baseball. Today we are focusing on nonfiction middle grade books. Blurbs are from Amazon. 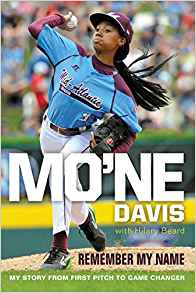 At the age of thirteen, Mo'ne Davis became the first female pitcher to win a game in the Little League World Series and the first Little Leaguer to be featured on the cover of Sports Illustrated. A month later she earned a place in the National Baseball Hall of Fame. This inspiring memoir from a girl who learned to play baseball with the boys and rose to national stardom before beginning eighth grade will encourage young readers to reach for their dreams no matter the odds. Mo'ne's story is one of determination, hard work, and an incredible fastball. 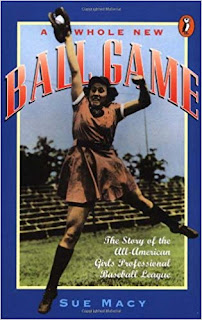 For 12 seasons, from 1943 to 1954, the All-American Girls Professional Baseball League captured America's attention with top-notch playing, and showed everyone that a woman's place was at home only when she was at bat, behind the plate, or scoring a run! 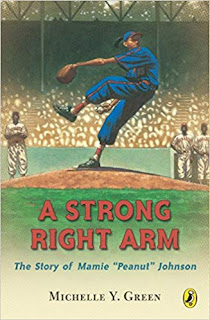 Motivated by her love for the game and inspired by the legendary Jackie Robinson, Mamie Johnson is determined to be a professional baseball pitcher.  But in a sport that's determined by white men, there is no place for a black woman.  Mamie doesn't give up-from the time she insists on trying out for the all-male, all-white Police Athletic League until she realizes her dream and becomes one of three women to play in the Negro Leagues.  Mamie Johnson's life shows that with courage and perseverance one can overcome even the greatest challenges.

Posted by Sporty Girl Books at 5:00 AM