We are writers of books for children who believe that there is not enough great literature out there for sporty girls. We are dedicated to getting these kinds of books on the market and to letting girls know about the ones that already exist. 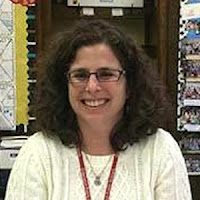 Stacy Barnett Mozer was not allowed to play sports as a young child. She attended an elementary school where girls danced to Richard Simons while boys were taught how to play hockey (and she's not that old!!). She has always loved to watch sports and she can often been found writing at her son and daughter's baseball or soccer practices. As a teen she earned varsity letters for track and badminton and as an adult she coached her daughter's soccer team. Stacy's favorite teams are the Mets, Jets, Rangers, and the Hurricanes. Her debut novel The Sweet Spot was released on June 11, 2015.

Golf is the only sport Kristine Carlson Asselin ever played well, and only because she basically lived at her family-owned golf course every summer after the sixth grade. She did play softball (badly) for one summer before ninth grade, and has a picture to prove it. Partly because she never considered herself a true athlete, Kristine has always loved to read and write about strong girls who love their sports. As a Massachusetts native, Kristine’s favorite teams are the Red Sox and Patriots. 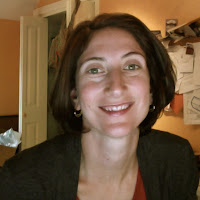 Anna Eleanor Jordan never considered herself an athlete as a kid. Her favorite part of gym was square dancing and the thought of the presidential fitness test, kickball or (OMG) dodgeball made her run to the nurse’s office with a stomachache. Still, in the summers she hiked, canoed, danced and swam at sleep-away camp and she loved the freedom of biking on her own. It wasn’t until she found rowing in high school that she felt part of a team. More recently, Anna has completed four sprint triathlons, still rows, and finds that yoga feeds her body and soul. Learn more about Anna and her writing at www.annajboll.com or follow her on Twitter @annawritedraw

Unlike these lovely ladies above, Robin Hall grew up living and breathing sports. As the daughter of a serious tomboy (read pitched for an all-boys baseball team in High School), Robin played softball, volleyball, basketball, cross country, track, and even a season floundering in the swimming pool. Robin can't resist a pickup game where she can prove she's the best first baseman in the field or a strong setter and weak-side hitter. Since leaving home, she's added rock climbing and yoga to her gamete of sports (and if reading were a sport she'd have the gold medal). She graduated with a degree in Fitness and Wellness after realizing she wanted to do was get the average female moving. Now a certified yoga instructor and personal trainer, Robin can be found standing on her head at the top of climbs in nearby Joshua Tree National Park. 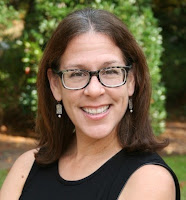 Brenda J. Barrera was often told to “Go outside and play!” while growing up in Michigan. Play meant to grab a bucket of tennis balls, a transistor radio, and bike to the college courts to practice her forehand and backhand. It also meant twirling her baton in the backyard to Motown hits. Her earliest sports memory is riding on the back of her brother’s bike to swim practice at an outdoor pool, and yes, the water was fuh-REE-zing. In high school, she was co-captain of the swim team her senior year and during college discovered a passion for running, so it was a natural fit to become a triathlete. She says it’s fun to be competitive, but it’s equally important always to have fun.