I am woman, hear me roar

We girls have incredible bodies. We can run, swim, race, hurdle, climb mountains, swing between uneven parallel bars, and carve snow with the best of them. But, for me, the most amazing thing our bodies can do is give birth. It's raw and real and hard, but extremely rewarding, work. Our bodies change and grow, often in exciting proportions, and then, through all kinds of different methods (from scheduled caesarean sections, to medicated hospital births, to birth centers, and natural birth in our own homes), we deliver this baby we were able to grow and nourish inside ourselves.

Doesn't that make us sound pretty dang incredible? Never, have I felt more powerful and more in touch with the person that I can be than when I'm in labor and then holding my newborn child.

In a society that often causes us to question our bodies and our abilities, midwife Ina Nay Gaskin inspires me to believe in myself and the power of women. A few of my favorite quotes are below: 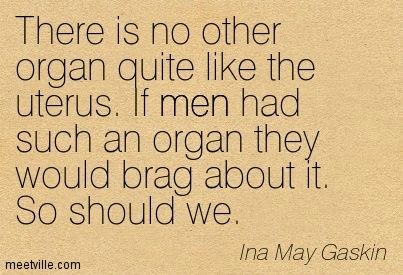 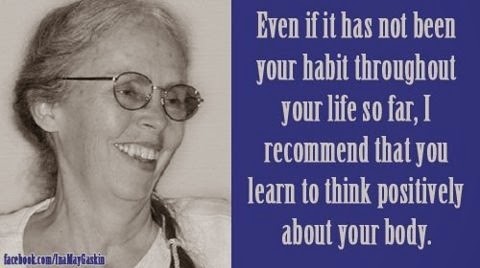 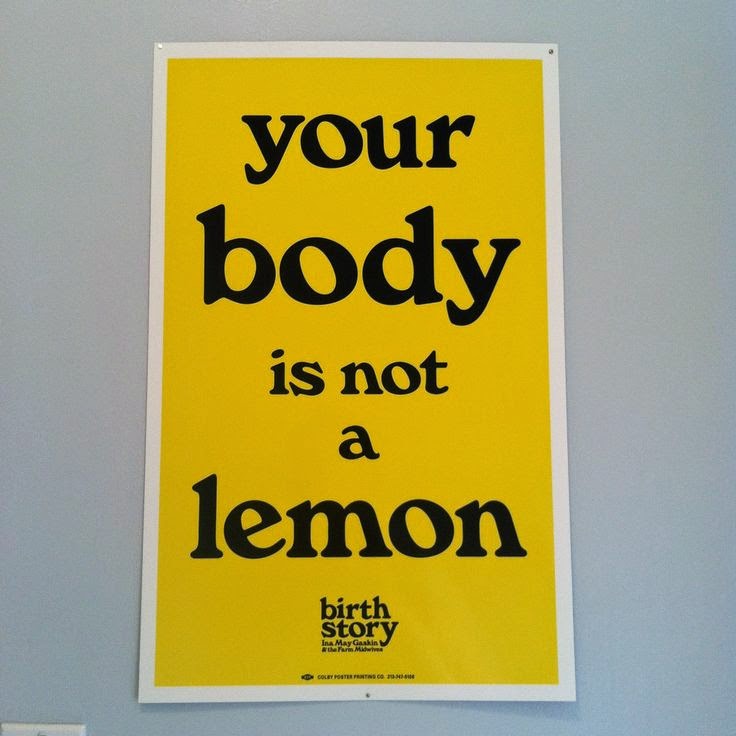 We are not lemons. Just as we can train to run that 10K or even to swim the English Channel, we can train do this birthing thing.

Playing with the Boys - Guest Post By Ellie and Karina


Girls Do Sports Too!
by Ellie and Karina

Have you ever been told by a boy that girls play sports weaker than boys? That is NOT true! Our names are Karina and Ellie, and we are going to tell you why that is wrong.
On the first day of school in 3rd grade we walked into school together. We met our teacher, had writing class, and then had recess.
At recess, we decided to play soccer being the only girls there. As we approached the soccer field, one boy came up to us and said, “Girls can’t play, they're horrible at sports. Go away.”
“Why not?” we asked the boys.
The boys answered, “Because they’re slow, not strong, and not athletic.”
“We’ll prove you wrong by showing you a soccer game.”
"Deal!” said the boys. “The best two boys have to play Ellie and Karina.  We’ll play you tomorrow at lunch recess.”
The next morning we walked into school and saw the boys sitting on a bench. “Hey girls be prepared to get crushed at soccer!” The boys laughed.
We nodded to each other, “Ya right.” We had gym, writing, then lunch and recess. At gym we practiced soccer and that was helpful.
After two hours it was time to get the game started. It was the two of us playing two other boys.
We started with the ball. We passed the ball back and forth, then the boys took the ball away from us. They almost scored a goal, but Ellie defended it.
She passed to me and I was zooming up the field while she followed me. I gave a big kick .... and I scored!!
“Nice goal,” Ellie told me as she gave me a high five.
The boys started out with the ball, since we scored the awesome goal. They started dribbling up the field but my foot touched the ball and it went out. The boys had the throw in.
“Sorry Karina,” Ellie shouted to me. Ellie thought to herself that the boys must have have a far throw in, so she moved back. The boys threw the ball quickly but instead she trapped it.
Suddenly Ellie started sprinting up the field the boys started coming. The boys were coming right for me and she saw Karina wide open so she passed to her. Our teacher yelled “Two minutes.” Karina was about to score a goal but then the whistle blew. “Nice try,” Karina told them.
“Ouch, bad loss,” screamed the boys watching the game.
We did it! We proved the boys wrong. Girls are as equal as boys.
The lesson in this story is to always have courage that you can beat the boys. Also that boys are not better than girls at sports.

What do you love about playing soccer?
Karina and Ellie: We love playing soccer because it’s a fun experience and a good exercise

Why do you think more girls don't play sports at recess?
Karina and Ellie: They are embarrassed that they might lose or mess up against the boys. Also because they think boys are better and they don't have the courage.

Is there anything that the school or teachers could do to get more girls to play?
Karina and Ellie:  Probably no, but the teachers could always make sure the boys don’t say no when girls ask to play.


What else do you love to do?
Karina and Ellie: We love sports! We also love to cook, go outside, paint, and play with friends.

What advice would you give a girl who wants to play with the boys at recess?
DO IT!!!!!!! don’t be afraid and have courage

Email ThisBlogThis!Share to TwitterShare to FacebookShare to Pinterest
Labels: girls in sports


On Saturday, October 25, I had the opportunity to attend an Adult Learning Conference sponsored by the Girl Scouts of Eastern Massachusetts. The theme for the day was Discover Your Inner Athlete: Lessons in Courage, Confidence, and Character.

So you know I was excited about the opportunity!

As one of the adult volunteers for a 6th grade Cadette Troop, I’m always looking for things to try with my girls. I was excited for the opportunity to explore ways to bring the athletes and non-athletes in my troop together.

The keynote speaker for the day was Whitney Post, whose athletic achievements include 4-time member of the US Women’s National Rowing Team and alternate for the US Olympic team (2000), lightweight double—among others. Her list of amazing achievements is here: http://lifealivecoaching.org/about-me/
Because it seems like so many kids I know have been playing a sport since pre-school, it was refreshing to hear that Whitney didn’t start rowing until College. Her non-sports achievements include co-founding a number of organizations, including The Body Self and Eating for Life Alliance. She’s also the Director of the Women’s Sports Foundation’s GoGirlGo! Boston.
Whitney’s keynote talk was titled “The Top Ten Things to Appreciate about Being a Female Athlete.”
At first, there was an uncomfortable silence or perhaps a giggle or two in the room. As an auditorium full of Adult Girl Scout Volunteers, we came in many sizes and shapes. I don’t always identify as an athlete, so I found myself looking around nervously. I don’t think I was alone in wondering who identified as an athlete.

It didn’t take long for Whitney’s intention to be clear, however. The first item on her list was “everyone is capable of engaging their athleticism.” Whether it’s walking down the street, taking a Zumba class, or running a marathon, we all have a way to engage our own version of athleticism. Finding a way to communicate this larger definition of being an athlete is our challenge with young girls.

One of my favorite take-aways from Whitney’s talk is this: Find the JOY in your exercise. In other words, figure out what you like and do that. She also shared a quote from Susan B. Anthony from 1896 that I’d never heard.

Bicycling has done more to emancipate women than any one thing in the world. It gives her a feeling of self-reliance and independence the moment she takes her seat; and away she goes, the picture of untrammelled womanhood.

Imagine, athleticism as a means for independence. It is an amazing and empowering idea. Think about all the things exercise and athleticism does for our girls. Confidence. Joy. Health. Character.
Later in the day, during a break-out session, I had the chance to explore more concepts of bringing out our inner athlete. I identify as a golfer, but I don’t always think of myself as an athlete—after taking part in this workshop, I’m going to start!

I met a woman who plays softball, one who curls, and one who participates on a roller derby team. One woman in the group was a salsa dancer, one was a country line dancer, and one was an avid Zumba class participant. Out of about 15 people, not one of the group participated in the same sport. It was an amazingly diverse list of activities.

So…below in the comments…what do you appreciate about being a female athlete?

Posted by Kristine Asselin at 3:00 AM 2 comments:

Battle of the Sexes: Equality and relationships

My kids have discovered The 70's Show and are binge watching the program on Netflix. In the "The Battle of the Sexists" episode, next door neighbors and love interests Donna and Eric play a series of basketball and air hockey games. Eric loses to Donna and feels emasculated. His male friends don't make the situation any better with their teasing. Through the course of the show, Donna tries losing on purpose to make Eric feel more manly but can't really stomach her own fakery. In the end, they finally agree not to keep score when they play against each other.

So it is still the same for girls?

Many women will agree that their daughters have a much more level playing field in sports, and education (see last week's post on the book LET ME PLAY) but what about in hetero love and relationships. Is there still a series of male/female game playing that encourages girls to be less than they are? Do they lose on purpose in athletics, dumb down in class, deny their own sexual desire all because they don't want to drive the boy away?

From my adult experiences, I would guess, yes. What do you think? And if you agree, is this only a hetero experience or does it carry over into homosexual relationships as well? Are there YA books you've read that show this dynamic?

Let me know what you think in the comments!