Each day this week we will be sharing books about girls and women who play baseball. Today we are focusing on fiction middle grade books. Books are in no particular order. The blurbs are from Amazon. 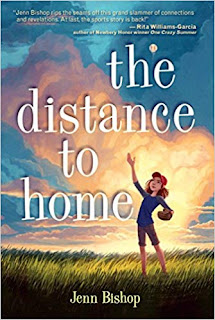 Last summer, Quinnen was the star pitcher of her baseball team, the Panthers. They were headed for the championship, and her loudest supporter at every game was her best friend and older sister, Haley. This summer, everything is different. Haley’s death, at the end of last summer, has left Quinnen and her parents reeling. Without Haley in the stands, Quinnen doesn’t want to play baseball. It seems like nothing can fill the Haley-sized hole in her world. The one glimmer of happiness comes from the Bandits, the local minor-league baseball team. For the first time, Quinnen and her family are hosting one of the players for the season. Without her sister, Quinnen’s not sure it will be any fun, but soon she befriends a few players. With their help, can she make peace with the past and return to the pitcher’s mound? 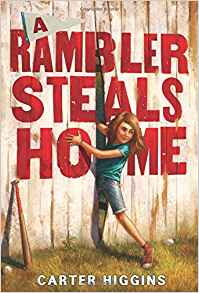 Garland, Derby, and Triple Clark spend each season traveling highways and byways in their Rambler—until summer, when small-town Ridge Creek, Virginia, calls them back. There they settle in, selling burgers and fries out of Garland’s Grill after each game the Rockskippers play in their battered minor-league baseball stadium. Derby’s summer traditions bring her closer than she’s ever been to a real home that isn’t on wheels, but this time, her return to Ridge Creek reveals unwelcome news. Now the person Derby loves most in town needs her help—and yet finding a way to do so may uncover deeply held stories and secrets. 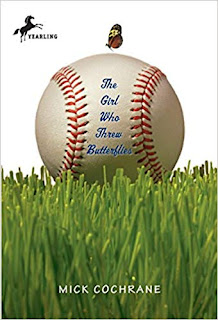 For an eighth grader, Molly Williams has more than her fair share of problems. Her father has just died in a car accident, and her mother has become a withdrawn, quiet version of herself. Molly doesn’t want to be seen as “Miss Difficulty Overcome”; she wants to make herself known to the kids at school for something other than her father’s death. So she decides to join the baseball team. The boys’ baseball team. Her father taught her how to throw a knuckleball, and Molly hopes it’s enough to impress her coaches as well as her new teammates. 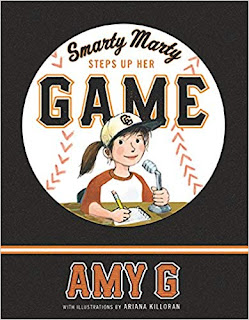 Smarty Marty, and her little brother Mikey, are back in the first in a series of illustrated chapter books, about a girl who loves baseball, written by San Francisco Giants in-game reporter Amy Gutierrez. Smarty Marty is the official scorekeeper for her little brothers Little League team. But when the game announcer fails to show up for the first game, Marty is called to announce the game, inspiring her dream not only to score but to announce. But not everyone is happy about a girl getting to announce a baseball game. 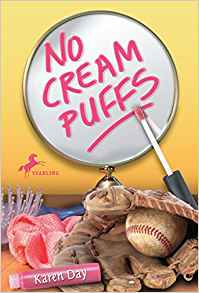 Madison is not your average 12-year-old girl from Michigan in 1980. She doesn’t use lipgloss, but she loves to play sports, and joins baseball for the summer—the first girl in Southern Michigan to play on a boys’ team. The press call her a star and a trailblazer, but Madison just wants to play ball. Who knew it would be so much pressure? Crowds flock to the games. Her team will win the championship—if she can keep up her pitching streak. Meanwhile, she’s got a crush on a fellow player, her best friend abandons her for the popular girls, the “O” on her Hinton’s uniform forms a bulls-eye over her left breast, and the boy she punched on the last day of school plans to bean her in the championship game. 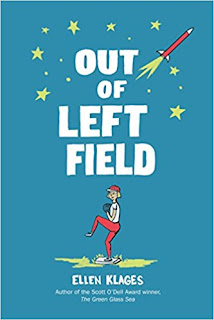 Every boy in the neighborhood knows Katy Gordon is their best pitcher, even though she's a girl. But when she tries out for Little League, it's a whole different story. Girls are not eligible, period. It is a boy's game and always has been. It's not fair, and Katy's going to fight back. Inspired by what she's learning about civil rights in school, she sets out to prove that she's not the only girl who plays baseball. With the help of friendly librarians and some tenacious research skills, Katy discovers the forgotten history of female ball players. Why does no one know about them? Where are they now? And how can one ten-year-old change people’s minds about what girls can do? 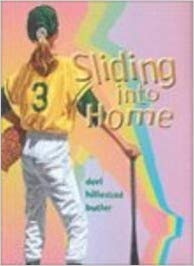 When 13-year-old Joelle, a star baseball player, moves to a new town where the only option for girls is softball, she starts an all-girl baseball league against the wishes of her school coaches and others in the town. 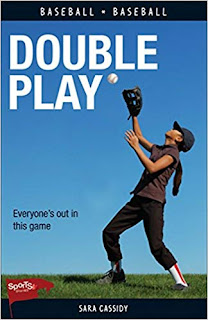 Allie loves baseball. It's the one thing that has been consistent in her lately complicated life. Allie's father left recently, and now Allie has a new family—her mother's new girlfriend, Phyllis, and Phyllis's son, Miles, have moved in. It's taking some adjustment, mostly because Miles seems determined to get under her skin. Things start looking up when Allie gets invited to join the boys' baseball team as their new pitcher. But then Miles announces that he's quitting the boys' team and trying out for Allie's old team—a girls' team! 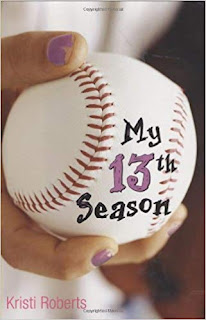 Fran Cullers is having a horrible summer. She was a star player on the Little League team in her old town, so the Highwater Hardwares should be thrilled to have her-except that they hate girls. She can run rings around these guys, but they won't even give her a chance. So Fran sets out to destroy the Hardwares. But vengeance is a dangerous thing, as she soon finds out. Fran, who has already faced some terrible losses, is about to lose the most important thing in her life-unless her family and friends come to her aid when she needs them most. 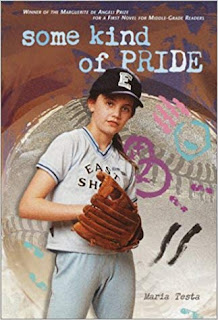 Named after the mighty Babe Ruth, Ruth DiMarco has some big shoes to fill. But she’s already on her way to achieving her dream of becoming a major-league baseball player. Eleven-year-old Ruth is the star shortstop in her small Maine town, and now a reporter is coming to interview her for Sports Illustrated magazine. She’s at the top of her game. Then she overhears her father in the crowd: “Real major-league talent. But I can’t help thinking what a shame it is that it’s all wasted on a girl.” 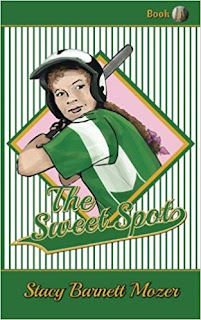 This last book was written by our sporty girl blogger, Stacy Mozer. When thirteen-year-old Sam Barrette’s baseball coach tells her that her attitude's holding her back, she wants to hit him in the head with a line drive. Why shouldn’t she have an attitude? As the only girl playing in the 13U league, she’s had to listen to boys and people in the stands screaming things like “Go play softball,” all season, just because she’s a girl. Her coach barely lets her play, even though she’s one of the best hitters on the team. All stakes now rest on Sam’s performance at baseball training camp.

Posted by Sporty Girl Books at 5:00 AM