Each day this week we will be sharing books about girls and women who play baseball. Today we are focusing on fiction young adult books. Books are in no particular order. The blurbs are from Amazon. 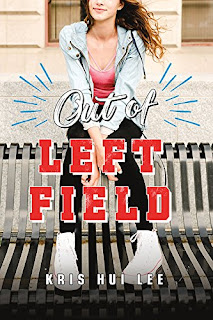 Marnie has never had a hard time fitting in with the guys. It would take a lot more than their goofy antics to keep her from joining them at the neighborhood sandlot to do what she loves best: play ball. An added perk of hanging out at the sandlot? Spending time with Cody Kinski, their high school's star pitcher and Marnie's best friend. Sure, he can be stubborn and annoying. He also knows how to make her laugh and respects her skills on the field. And when he gets nailed in the arm by a bone-fracturing pitch, Marnie becomes the team's best chance at making it to the playoffs. Except no one told the guys they're supposed to be on her side. 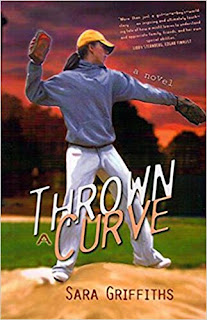 There was a time when all was right in Taylor Dresden’s world―that is, as long as she was on the baseball diamond, pitching with all her heart. Now, as she enters her senior year, the magic is gone. With the scouts losing interest because of her poor grades, and with the challenge of the game gone, Taylor has made a difficult decision―she won't be playing her senior year. Everything changes when a local all-boys prep school recruits Taylor for its own baseball team. One of the first three girls ever to attend, Taylor must face the Statesmen―an organization determined to force Taylor and the other girls out of their school. Taylor knows she’s a great pitcher, but can she be a great student? Can she succeed in the face of devious boys who will stop at nothing to get rid of her? Singled Out, the exciting sequel to Thrown a Curve, will answer these questions as Taylor struggles to find her place beyond the pitcher’s mound. 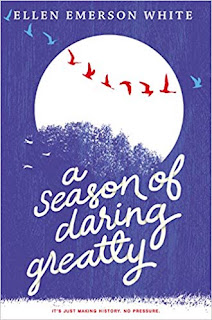 Eighteen-year-old Jill Cafferty just made history. Her high school’s star pitcher, she is now the first woman drafted by a major league baseball team. Only days after her high school graduation, she’ll join the Pittsburgh Pirates’ Class A Short Season team . . . but not everyone is happy to have her there. On top of the pressure heaped on every pitcher, Jill must deal with defying conventions and living up to impossible expectations, all while living away from home for the first time. She’ll go head-to-head against those who are determined to keep baseball an all-male sport. Despite the reassurance of coaches and managers alike, a few of her teammates are giving her trouble. The media presence following her at each game is inescapable. And to top it all off, Jill is struggling with the responsibilities of being a national hero and a role model for young women everywhere. How can she be a role model when she’s not even sure she made the right choice for herself? Didn’t baseball used to be fun?