Gail and I are #5amwritersclub pals and also share a literary agent. I'm so glad she's willing to come on Sporty Girl Books and talk about her debut, MG novel, BREAKING THE ICE, out Jan, 13, 2015 from Aladdin/Simon & Schuster. 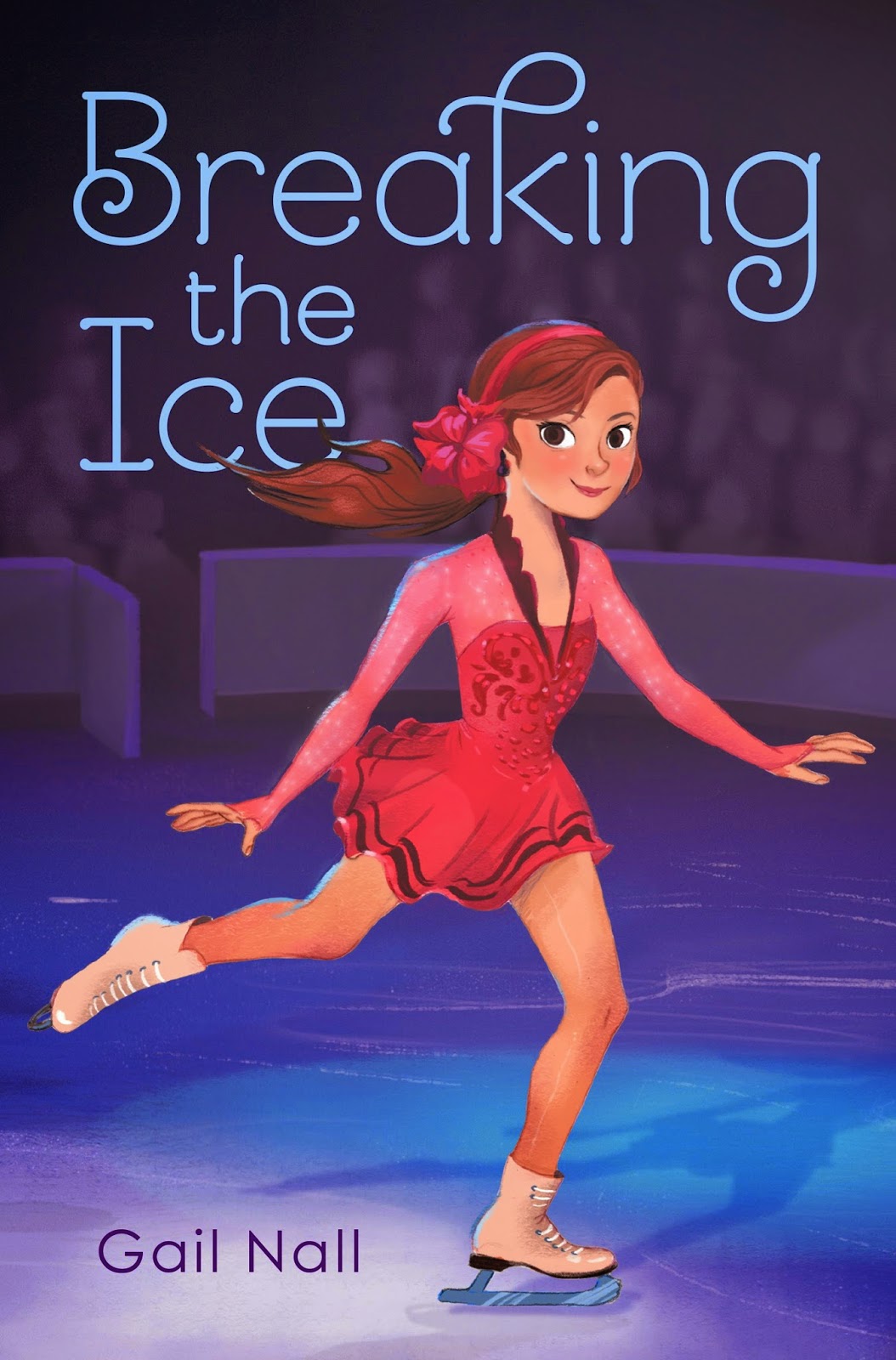 Twelve-year-old Kaitlin has always dreamed of being a champion figure skater, and she’s given up a lot to pursue her passion. But after having a totally uncharacteristic and decidedly NOT figure-skating-approved tantrum after getting her scores at a major competition she’s dropped by her coach and prestigious skating club.

When no other club in town will have her, she's forced to join the ridiculed and rundown Fallton Club, jokingly referred to as the Fall Down Club. At first Kaitlin thinks this is a complete disaster, but after meeting some of the other skaters, including a boy (who happens to have the most perfect hair she’s ever seen) Kaitlin thinks it might actually not be so bad.

But when she’s tasked with learning a whole new program right before Regionals and figures out that almost all the other skaters target Fallton, she thinks joining the Fall Down Club may just be the second biggest mistake she’s ever made.

In this figure skating themed debut, Kaitlin learns that when you fall down, you have to pick yourself up – even if it’s in front of judges and a crowd.

Now for the interview:

Kaitlin, the main character in your novel, is a competitive figure skater. Did you figure skate like her, as well? (I know you did)
I skated through my childhood and as a teenager, but I wasn't as good as Kaitlin. I loved going to competitions, but I was not at all competitive. I still skate; the best thing about the sport is that you're never too old for it. Kaitlin's story begins with her throwing a major tantrum at a competition. Can you tell us about the most difficult or embarrassing moment of your skating career?
The absolute worst was when I was about 10 years old, and I was invited to join a synchronized skating team. Almost all of the girls were older than me, so I was super nervous but excited too. At the first practice, I flew off the end of a line of skaters whipping around in a pinwheel and crashed head-first into the boards. It hurt, and I was SO embarrassed. My mom had to make me go back out on the ice. Totally worth it though, because I ended up really enjoying the team! (Thanks, Mom!)Oh, man. I would have been horrified too. Good thing for Mom's making us get back up! Growing up I watched The Cutting Edge repeatedly. Did you notice the smell of the ice? Did you ever compete in pairs? Ever watch the movie?
Toepick!! (Sorry, couldn't resist!) I love The Cutting Edge! Smell of the ice...yes! It's this combination of ammonia and feet and Zamboni fumes and something that reminds me of my freezer. It definitely has a distinct scent. Pairs--no way! Talk about scary. I don't think I truly appreciated how insane and hard pairs skating is until I saw it in person. Those girls are beyond brave. Unfortunately, it's really difficult for girls to find a guy to partner with in pairs. We need more boys to skate!I'm glad I'm not alone in my love for that movie:) When and why did you start writing?
I always wrote as a kid, but then I didn't for a really long time. One afternoon in 2006, I was sitting in the law school library and started writing a book instead of working on my Con Law outline. Guess which one was more fun? ;)Can you tell us about your road to publication?
I finished my first book in 2008 and sent a bazillion queries to agents. I got a whopping two requests. So I wrote a second book, queried that one some, and then set it aside while life got in the way. I started a few other books that I never finished. Then I started writing a third book (which became BREAKING THE ICE). While I finished that one, I resolved to start querying Book #2 again. A few months pass, and I'd decided to shelve Book #2. I had just begun querying BREAKING THE ICE when I got an offer from agent Julia Weber. That was February 2013.  In September 2013, we sold BREAKING THE ICE to Aladdin/S&S. So that's six years from when I started writing!Have you always wanted to write about sporty girls?
I love characters who are passionate about something, and sporty girls definitely fit that description! Sports take drive and focus and discipline, and characters (and real people!) who have those characteristics tend to be fascinating and amazing people. Also, I'd wanted to write a skating book ever since I read Silver Blades in the '90s. Now I need to read Silver Blades, ASAP. What are you reading right now?
I just finished an ARC of Sandra Waugh's LARK RISING, a YA fantasy that comes out in September. Up next are ARCs of Becky Wallace's THE STORYSPINNER and Miranda Kenneally's BREATHE, ANNIE, BREATHE (a sporty girl book!).Oh, those are some great reads. Do you have a favorite sporty girl read?
For MG, Silver Blades, of course, and I loved Kate Messner's SUGAR AND ICE. Donna Freitas wrote two great YA sporty books -- GOLD MEDAL SUMMER (about a gymnast) and GOLD MEDAL WINTER (skating!). You recently sold two more MG books to Aladdin. Are these also sporty girl books?
I'm co-writing the RSVP books with Jen Malone. They're also MG, and they're about four girls who start a party-planning business in a North Carolina beach town. The books are told from a rotating POV between all four girls. I absolutely love Vi, who is a total sporty girl! Vi is all about swimming, kayaking, surfing, beach volleyball, and she also plays soccer.Is there anything else you'd like to share?


I had a lot of fun with the skating details in BREAKING THE ICE. Even though I know how a salchow jump is done, and what it feels like, trying to explain it was something entirely different. You get so used to doing something that you don't necessarily have to think through all the little steps to make it happen. You just do it. So I found myself setting my computer down and walking through moves on the floor, trying to remember when exactly you have to move your arm or bend your knee to make a jump happen. And if that didn't work, I'd test it out on-ice! I had one line in the book in which Kaitlin describes something very specific she sees as she's in a sit spin. It felt off to me, so one afternoon at the rink, I did a sit spin and sure enough -- everything was a huge blur! It's funny the details you don't notice until you need to notice them. 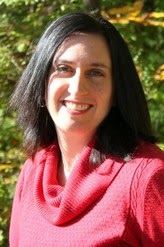 Thanks so much for joining us. We're looking forward to reading BREAKING THE ICE.