10 - I love baseball. I'm a huge Mets fan and have been attending games since I was small. I even did my 7th grade kick line tryout routine to "Let's Go Mets Go!" 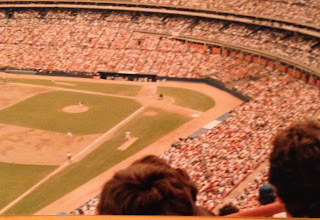 9 - One of favorite movies growing up was called Blue Skies Again, which is about a girl who, you guessed it, plays baseball. Unfortunately this movie was never turned into a DVD and is not streaming, but trust me, it was great. 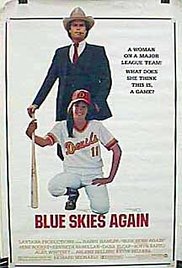 7 - The Diamond Dreams section of The Baseball Hall of Fame in Cooperstown is the only section of underrepresented populations that has not had one person make it into the major league (unless you count the All-American Girls Professional Baseball League of the 1940s and 50s). 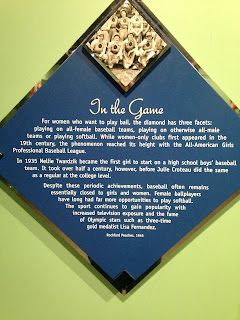 6 - Girls are still struggling to get respect as baseball players. They aren't invited into recruiting camps and have to fight to get recognition. Just today there was an opinion piece posted about how women aren't included in America's Past time. The fight is far from over.

5 - Strides are being made. This summer I posted about a number of sports that saw the addition of women in important positions. In addition, Justine Siegal continued to break barriers by being the first female coach in professional baseball history.

4 - Women in sports are still getting poor media coverage, even when people want to watch. Here's an article from this summer that illustrates this point.

3 - There is a growing number of girls playing baseball.

2 - Kids who aren't sporty, and aren't girls, still enjoy reading about someone going after her dreams.

And finally, my number one reason for writing about a girl who plays baseball:

1 - Baseball is the sport Sam told me she played. The other 9 reasons came after I discovered this detail about my character. The fact that this was not a book that some people would want to publish or that baseball was not a popular sport for girls didn't factor into my decision. It was the story that wanted to be told, so I told it.

The Sweet Spot is available from Amazon, Barnes & Noble, and local indie bookstores. 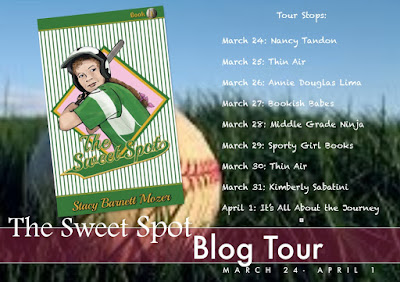 Win a copy of The Sweet Spot by joining the Rafflecopter giveaway.

Learn more about The Sweet Spot at Spellbound River Press.