March Madness is almost upon us. Here are some of our favorite sporty girl basketball books. 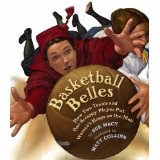 Basketball Belles by Sue Macy
This dynamic picture book about the birth of women's basketball will keep young readers riveted. Raised on a cattle ranch, Agnes Morley was sent to Stanford University to learn to be a lady. Yet in no time she exchanged her breeches and spurs for bloomers and a basketball; and in April 1896 she made history. In a heart--pounding game against the University of California at Berkeley, Agnes led her team to victory in the first-ever intercollegiate women s basketball game, earning national attention and putting women s basketball on the map. 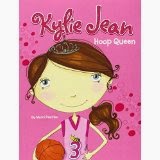 Kyle Jean, Hoop Queen by Marci Peschke
Kylie Jean is usually good at everything she tries. So how come learning to play basketball is so hard? 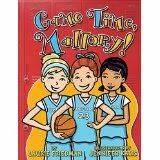 Game Time, Mallory! by Laurie Friedman and Jennifer Kalis
Mallory can't wait to play in her town's new girls' basketball league! What could be more fun than trying something new and being on a team? But Mallory's basketball career gets off to a rocky start. None of her friends are on her team. And no matter how much she tries, she can't make a basket. 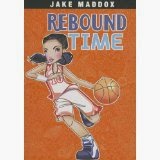 Rebound Time by Jake Maddox
After her parents' divorce, Sarit's dad moved across the country for his new job. Sarit feels lost without him there. To make things worse, her dad was also her basketball coach. Now that he's gone, Sarit doesn't even want to play basketball anymore. Can Sarit learn to love the game without her dad on the sidelines? 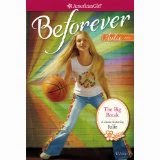 The Big Break, A Julie Classic by Megan McDonald
It's 1974, and Julie Albright has just moved to a new neighborhood and started at a new school. So when she finds out the basketball team is "boys only," Julie is determined to fight for her right to play. Will a petition with 150 names be enough to make the coach change his mind and give her a chance? 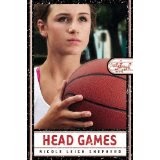 Head Games by Nicole Leigh Shepherd
Taylor is calm, cool, collected, and ferocious on the basketball court. A total all-star. Not so much in real life. She may be tall, gorgeous, and an incredible catch, but just try telling her that!And lately, Taylor doesn't know which way to turn: The summer showcase game is almost here. Her BFF Hannah roped her into a fashion show (eek!). And she can't decide between Zach-the super-popular, super-tall, super-off-limits basketball dynamo-and Matt-the sweet boy from her math class (who may just be dating her BFF's older sister). It's enough to make any girl's head spin!

Boost by Kathy Mackel
Thirteen-year-old Savvy's three-point shot is deadly. But she gets pushed around on the basketball court. Her older sister, Callie, is on varsity cheerleading, but she's not light enough to be a flier - her coveted position. Both girls need to boost their level of competition to get into the action. How far are they willing to go to be the best?