RUSH FOR THE GOLD: A Sporty Book Review

RUSH FOR THE GOLD: MYSTERY AT THE OLYMPICS
Random House, 2012

Bestselling sportswriter and Edgar Award winner John Feinstein is back with another sports mystery featuring Stevie Thomas and Susan Carol Anderson—this one set at the summer Olympics in London.  In this book, Susan Carol isn't a reporter—she's an Olympian, competing as a swimmer at her first Olympic games. Stevie is both proud and envious of her athletic prowess. And he's worried by the agents and sponsors and media all wanting to get up close and personal with Susan Carol.  But the more disturbing question becomes—how far might they go to ensure that America's newest Olympic darling wins gold?

I’ve been hooked on the adventures of Stevie Thomas and Susan Carol Anderson since I picked up the audiobook of the first novel, LAST SHOT. Feinstein read the book, a Final Four basketball mystery, and it kept my two sons and their two tired parents engaged on a long journey from southern Maryland to Maine.

Wherever Stevie and Susan Carol go, they are bound to find trouble and the 2012 London Olympics are no different. This time, in RUSH FOR THE GOLD, Feinstein takes on the connection between sports and advertising and the larger issue of looks over athletic performance in female athletes.

The book was published in 2012, and the issue continues to be quite timely. After her July 2013 Wimbledon win, Marion Bartoli had to endure sexist comments from BBC’s John Inverdale and a tirade of angry and misogynistic comments on Twitter. For more click here. 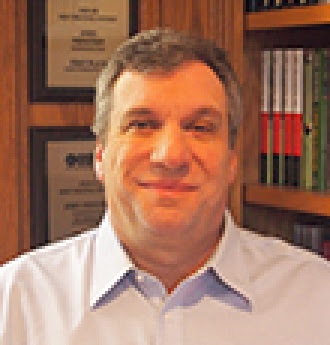 Feinstein entered Duke as a swimmer but quickly realized that he didn’t have the right stuff to compete at the collegiate level. Instead, he found the school newspaper and a sports writing career that has included reporting for CBS, NPR, ESPN, and many others. He injects his passion for swimming into the swim meet scenes and the main character Susan Carol.

Feinstein knows his characters and uses his experience as a swimmer and journalist to take us inside Susan Carol’s head. He does a great job highlighting the difficulties Susan Carol and her father confront as they navigate the sometimes-slimy process of sponsorship deals. Susan Carol also struggles to stay in the moment as an athlete and to put her journalism instincts on the back burner. I kept reading to know if she was going to be able to put all of that aside in order to swim her best and Feinstein delivers.

Since John Feinstein has lived the sports industry, he gives readers an inside view of Olympic action from the poolside to the athlete’s village to the fancy hotels. He reveals the high security hoops that everyone has to jump through in the order to navigate the modern Olympics. Did you know that family members have special pins that get them in to see their athletes? Did you know that reporters have a time limit when they visit the athlete’s village? Did you know that sometimes the swimmers aren’t listening to anything when they have on headphones? I did not.

There were sometimes when Feinstein’s details felt shoehorned in and took away from the forward movement of the book. While other books in this series have a pretty explicit mystery that the reader wants to uncover, RUSH FOR THE GOLD keeps the reader guessing about the mystery itself, which was a little frustrating. Also, be ready to keep a lot of characters, some with similar names and nicknames, straight in your head.

The bottom line? Whether you are a swimmer, an aspiring journalist, or an Olympics fan you are going to love this book. The nail biting swim meet action is well-written and engaging. The larger question about female athletes and the type of attention they get is thought provoking.

I recommend that you click here for an excerpt from the book and a look at the video from the TODAY SHOW’s, Al’s Book Club for Kids. The readers ask great questions and John Feinstein reveals his thoughts about the importance of casting a female as the athlete in this book.

For more on John Feinstein, check out his interview on the Random House website.

Posted by annawritedraw at 4:30 PM